Sagar is a city situated in central India in the state of Madhya Pradesh and is approximately 180 km north east of Bhopal – the capital of Madhya Pradesh. As the name suggests, Sagar is settled around a large lake. It was earlier called ‘Saugor’ during the British era and was changed to Sagar post-independence. As there were many small forts in this region the British called it Saugor which mean hundred forts. Though Hindi is the official language, the local dialect of the state is Bundel khandi, as this area is also known as Bundelkhand.The travel guide to Sagar consists of references to exotic spots, serene destinations and amazing places of ethnic cultural heritage. The unmatched cultural heritage experience delivered by the city makes it one of the premium tourist destinations of Madhya Pradesh.

Sagar was called Suktimati and was the capital of the ancient Indian kingdom of Chedi. Then it gained importance as being the capital of the capital of the Maratha governor Govind Pant Bundele in 1735. During the British rule the whole of central provinces region was under the British except the city and the fort. But once the rebels were defeated in the Revolt of 1857, Sagar too became a vassal of British empire. During that time, Sagar had a British cantonment with infantry, artillery and native cavalry.
After India became independent, the whole of central provinces became the state of Madhya Pradesh.


Places of Interest in Sagar 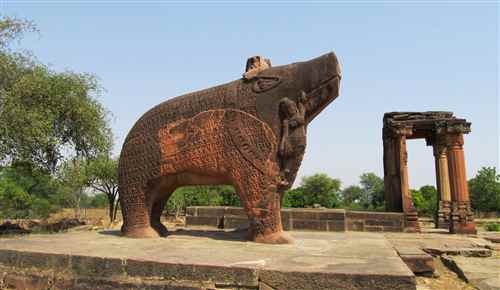 This city is well-known for its rich cultural heritage and diversity. Best time to visit the city is between months of October to March when temperate of the region is quite moderate, making you enjoy the trip at fullest. The cultural shops surrounding there are also lots cultural shops around the lake. There are places like the Rahatgarh Waterfalls, Garhphra Temples, Khimlasa Forts which are worth a visit. The city is also full of beautiful mosques, temples and other religious structures. There are village tours available. Many tiny villages are situated around Sagar so some people like to visit and get the feel of the life of those villagers.


A temple at Makroniya, has a large idol of Lord Shiva is also a most visited place by tourists. It is on the Jabalpur-Sagar highway. There is a Jama Masjid at Katra Square and a Hanuman Mandir near the Kachchahari. There is a Sports Complex in the cantonment area. There is also a shopping mal nearby from where you can buy some gifts for your loved ones. Other than this there are many small parks in Sagar which are frequented by the visitors and locals both. Sagar caters to the varied interests of people when it comes to food. It is especially famous for its tea and chaat. It is also famous for itchironjibarfi. There are not too many hotels in Sagar and the available ones are all budget hotels. The best hotel in Sagar can be namely Paradise hotel.


How to reach Sagar ?

Since Sagar is situated in the heart of Madhya Pradesh, it has a very good network of roads connecting it to all the major areas of the state. It is also well connected through the railways, across India. The nearest airport is Bhopal, the capital of Madhya Pradesh.